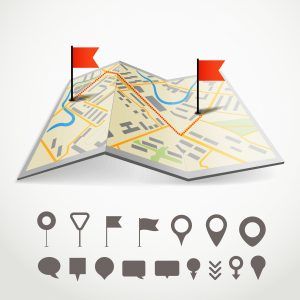 At Skypatrol, we understand the importance of premier-quality, long-lasting, and highly accurate GPS systems, and the benefits they can bring to your family or your business. That’s why we’re in the business: to provide our customers with great GPS tracking solutions that help you locate what’s most important to you.

But how does GPS really work? As GPS experts, we’ll break down the basic operations, history, and common uses of GPS for your better understanding.

GPS, or Global Positioning System, is a satellite-based navigation system that provides accurate geolocation and time information from any place on earth.

How does GPS work?

No matter where you are on the planet, you are in the view of at least four GPS satellites. These satellites are constantly sending signals about their own location and time, which helps them understand their spatial relation to one another. Once the satellites make contact with your GPS receiver (in a navigation device, smartphone, etc.), the three satellites closest to you will determine their respective distances from you, and perform “trilateration,” or the act of drawing virtual lines between the satellites to form a triangle. The satellites use error correction algorithms to further refine your approximate location within this triangle.

How was GPS first used?

GPS was first used, in a rudimentary manner, by the United States Navy in the 1960s, which used satellite trilateration to pinpoint the location and track the movements of US submarines carrying nuclear missiles. The United States Department of Defense (DoD) followed up on the Navy’s work in the ‘70s, launching the Navigation System with Timing and Ranging (NAVSTAR) Satellite, which was tweaked and corrected until it became fully functional in 1993.

GPS became a huge factor in the Persian Gulf War of 1991, helping U.S. troops reach checkpoints and navigate through treacherous, unknown terrain in Iraq. However, Iraq exposed flaws in the GPS system by broadcasting noise to jam the GPS signals and protect Iraqi troops and defense bases.

How accurate is GPS?

For civilian GPS systems, the United States Government reports that, at worst, GPS systems have a 95 percent horizontal accuracy rate within four meters of a subject. However, newer mobile smartphone technology has claimed that their GPS systems have centimeter-accurate results.

How long does it take for GPS signals to travel from a satellite to a receiver?

GPS radio signals travel at the speed of light, up to 186,000 miles per second, meaning that a GPS satellite signal takes 6/100ths of a second to reach the earth.

What are some of the most common uses of GPS?

GPS is used for navigation by land, air, and sea, and for geophysical surveying, mapping, and of course, fleet tracking and management.

Choose Skypatrol for Your GPS Needs

We hope this blog gives you useful insights and information on how (and why) our products work. Skypatrol is dedicated to making the most durable, dependable, and innovative GPS products in the industry, and as GPS infrastructure evolves, we’ll evolve too. Contact us for more information on our products!